99% New York is a political campaign that was born alongside Occupy Wall Street. This group of students, unions, community activists and religious leaders needed a visual identity and both physical and digital campaign materials that people could rally behind.

We branded their campaign and built a website that allowed New York residents to call attention to budget cuts that effect their communities. The original placards we developed for 99% New York were featured widely in the media in journalism about Occupy Wall Street, collected by the New-York Historical Society in their OWS archive, and were reprinted many, many times. 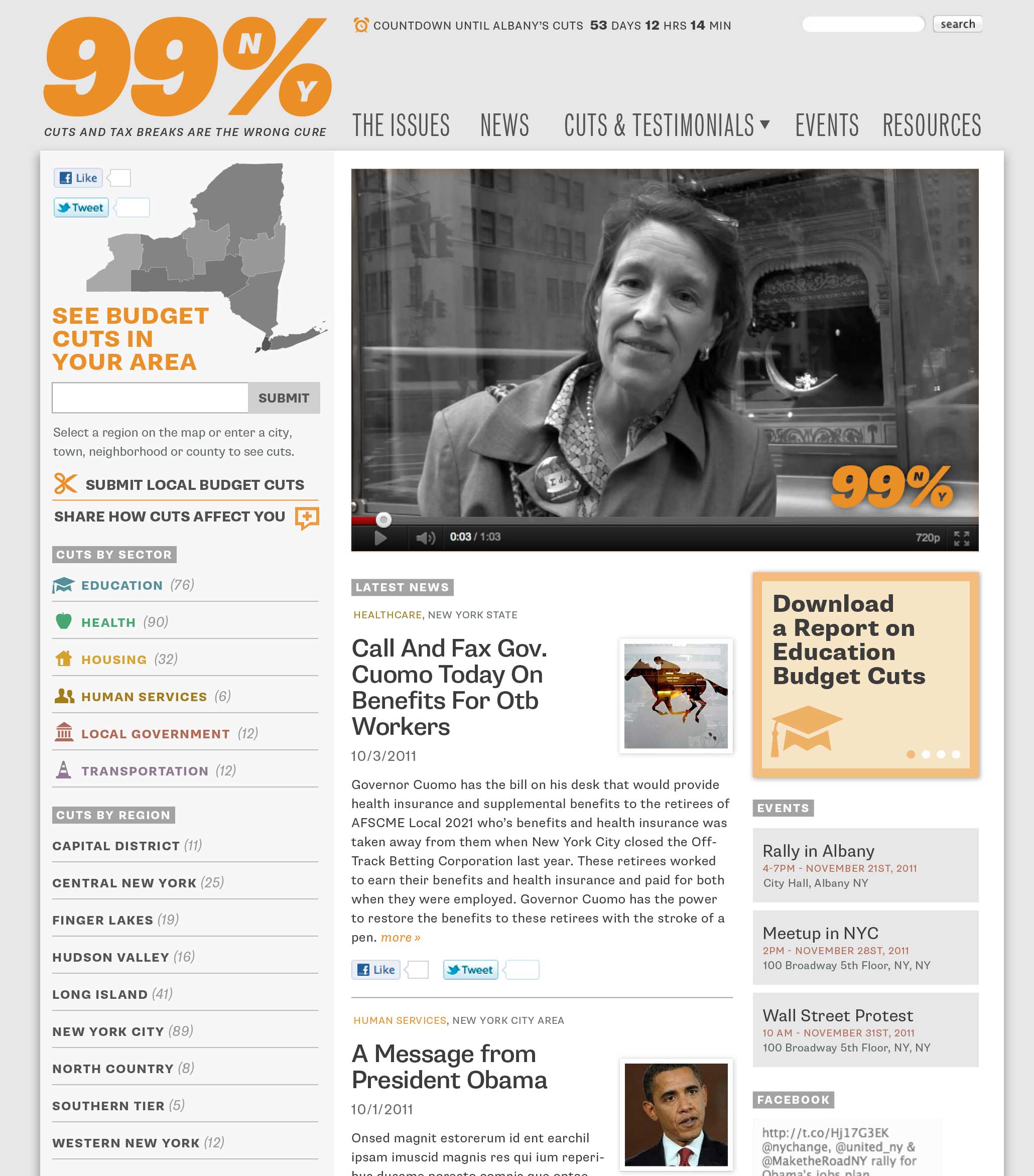 Do you need to communicate a strong message?